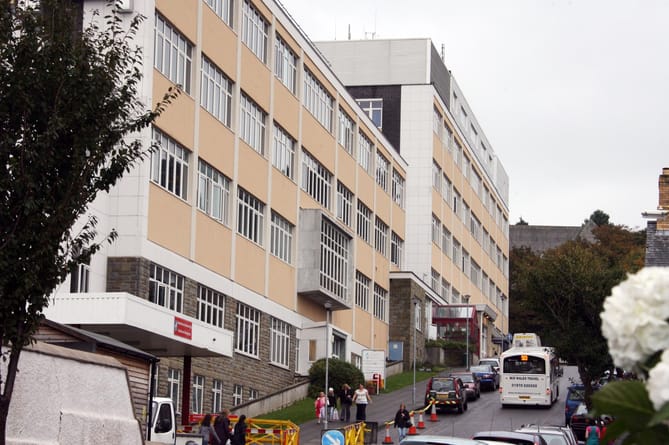 ‘UNSAFE’ staffing levels have been revealed in figures that outline “the crisis at the heart of Welsh A&E departments.”

Figures uncovered by the Welsh Conservatives show that every A&E department in Wales is failing to meet safe staffing levels.

The Royal College of Emergency Medicine (RCEM) sets a ‘baseline’ for the number of WTE (working-time equivalent) consultants which should be employed in the department to guarantee safe cover.

At present no hospital is close to meeting this baseline in Wales, placing patients in potential danger.

According to Freedom of Information requests made to Wales’ health boards, all its major hospitals are falling well short of the recommended ‘baseline’ for staffing levels in emergency departments.

The most understaffed A&E units were in the Hywel Dda health board area, with its three major hospitals recording an average staffing level of 36 per cent of the recommended baseline.

Aberystwyth’s Bronglais Hospital only had one consultant when they should have eight.

Funding for A&E consultants in all three of North Wales’ Betsi Cadwaladr health board hospitals fell short of the baseline.

The figures led the Conservatives to reiterate calls for safe consultant staffing levels to be put into law in Wales, as has been done for nurses, something the Labour Government rejected two years ago.

Welsh Conservative and Shadow Health Minister Russell George MS said: “It is appalling that patients are waiting record lengths to be seen in A&E as it is, but when that is mixed with dangerous levels of staffing, then the Labour Government must explain why lives are being put at risk and why health boards aren’t even putting aside the funds for more.

“Of course, Labour had the chance to prevent this with safe staffing legislation months ago but, as usual, they rejected our sensible and much desired proposals out of spite.

“The Welsh Conservatives defend the people of Wales day in, day out as we highlight poor public service delivery and put forward solutions – when Labour accuse us of not being Welsh enough, they do so to disguise their own shortcomings after a quarter of century in power.

“Labour need to introduce safe staffing levels for A&E consultants, get a grip on the NHS, and stop breaking all the wrong records.”

A Welsh Government spokesperson said: “Staff illness and Covid-related absences have had a significant impact on staffing levels in recent months, but we are committed to ensuring health boards across Wales have sufficient numbers of staff in their emergency departments to deliver safe care for people in their communities.”