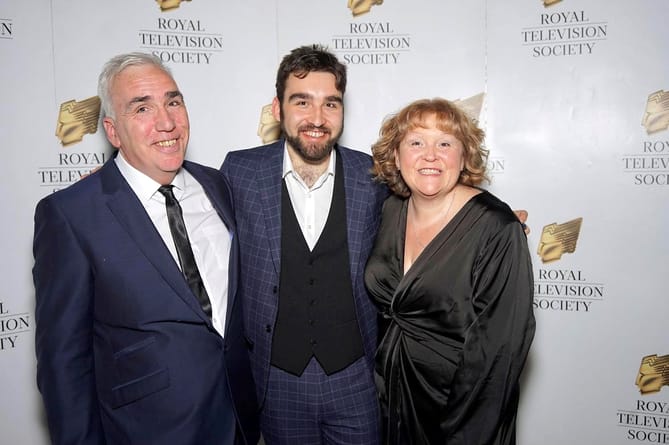 A LOVE letter to Wales by a former Aberystwyth student has featured at the Royal Television Society Awards.

For Welsh speakers the term ‘Hiraeth’ is one which many are well acquainted, “(especially in the context of Wales or Welsh culture) deep longing for something, especially one’s home.”

However, filmmaker and former Aberystwyth University student, Niall Murphey, has sought to explore the term in his newest film by the same title.

The film centres on a number of conversations between Niall, who is originally from Deri near Caerphilly and family and friends, discussing Wales and the notion of home.

Speaking to the Cambrian News, Niall explained that Wales is often overlooked in cinema and this is something he is looking to change.

“There are very few honest depictions of Wales in cinema, filmmakers use Scotland, England and Ireland, just anything to avoid filming in Wales.

“You look at areas like Yorkshire and director Ken Loach, they’re such beautiful depictions of the area. I recently watched Belfast (by Kenneth Branagh) and just wished Wales had a film like that.”

Niall explained that the film project almost started as an accident.

“In 2018 I wanted to make a film about the Valleys but didn’t really have any concrete plans, so I just started filming stuff with various cameras of mine.

“And then when lockdown happened I found myself on my own, miles from my family for about four months. Because of that, to cope with the loneliness I ended up calling my family more than I had ever really done before; speaking to relatives I’d barely been in contact with previously.

“From there it just sort of morphed into an opportunity to interview my friends and family and talk a little bit about home, something I was really missing.” He said.

Hiraeth speaks volumes of Niall’s love for Wales, a depiction that is honest and this was something he was keen to ensure.

“There are actually very few honest depictions of Wales, and especially Welsh productions, some of the films which are held as the pinnacle of Welsh cinematic representation are Hollywood productions.

“I wanted to make sure that it was a genuine representation, that means talking about pits and all, my mum said at one point while I was making it “please make it nice” but it doesn’t have to be sunshine and rainbows to be home.” He said.

“Wales is a community, you could be abroad and meet someone Welsh and immediately you can hit it off.”

The film’s feature at the Royal Television Society Awards was something special for Niall.

“It was beautiful being there. I took my mum and dad and the clip they showed the one of my mum telling the story of how she met my dad, it was something special.

“Seeing it on the big screen and hearing it with those speakers was just magical.”

Niall now plans to submit the film to a number of festivals and is also considering holding a few local screenings.