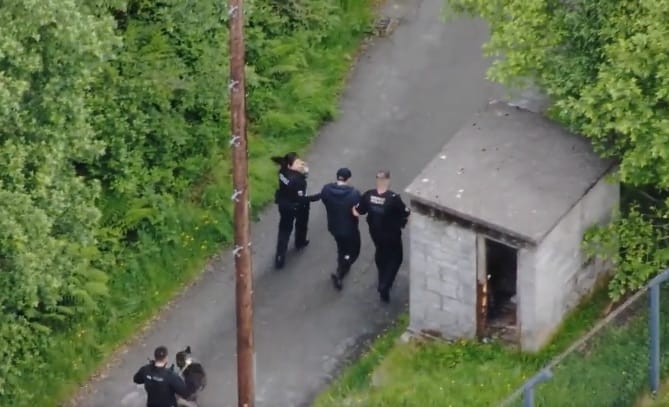 POLICE have released dramatic drone footage of the moment a man was arrested near Blaenau Ffestiniog.

The video is accompanied by the following post: "This is the moment a wanted man, who had fled officers in Blaenau Ffestiniog was caught.

"Our drone officer spotted him, and directed the dog handler and local officers to him to secure his capture."

Mencap Ceredigion travel to the Senedd to launch new partnership

Captions have been added to the video, explaining, how the man tried to evade them.

They say: "He crawls. He climbs. PD Gas tracks the man down. The man is arrested and taken off to custody."

Police have not revealed who the man is, or why he was arrested.