SIGNAL STOP: Residents’ battle to get trains to stop in their village 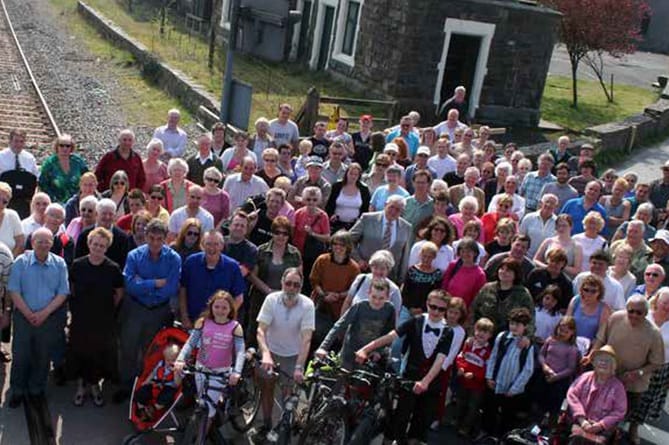 A MID WALES village group is pushing for the reopening of its railway station, closed for nearly 60 years.

Since 2002, residents of Carno, in Powys, have been rallying for the renovation and reopening of the local train station.

Built over a century earlier, Carno Railway Station has been at the heart of the village for more than 150 years.

The station’s establishment connected the village and its residents to the rest of the country. However, it was one of the sites to fall victim the Beeching cuts in 1963.

Following its closure, the old station became part of the Laura Ashley manufacturing factory which had opened two years earlier, creating over 200 jobs for local people.

In 2005, Laura Ashley closed the Carno site and relocated many of its staff to the company’s nearby Newtown factory.

With a lack of public transport and a move in job location, some were forced to leave Carno for somewhere more convenient and others sought for assistance from the company.

Speaking to the Cambrian News, David Lovelady, long-time manager of The Aleppo Merchant Inn in Carno said: “Because of the lack of public transport, Laura Ashley actually had to provide busses for those that they were relocating.”

Since then, Carno’s train station has been empty, left only as a reminder of what once was.

“I’ve lived in Carno since 1984 and public transport has always been a nightmare, the local bus service is indifferent. Last bus to Newtown is at 5.30pm and the last bus to Machynlleth is 6.30pm, which is ridiculous because people obviously want to travel past those times and a train would definitely still be running.

“We’ve had a number of guests for whom we have had to organise staff to collect them from Caersws station because they’ve arrived after the last bus.

“If people can’t arrange transport though, they’re having to pay for taxi callouts from Newtown and of course taxi ranks are charging from the point they set off because of the long journey but it means people are having to pay double or triple the price to get here.”

A train service into the village would do wonders for tourism and the area’s economy, he added.

“A few years ago, the Love Island spinoff The Cabins was filmed here, which of course was very exciting but as lots of the crew were from London, they didn’t drive, instead taxis and other transport had to be arranged for them to get into Carno, where they were filming. If we were to have a station in the area, other projects might be more interested in coming to Carno. “

There would also be an environmental benefit to the station’s reopening.

“It would also open up the area to non-drivers and help to make the area more eco-friendly.,” Mr Lovejoy said.

“I don’t think places like Carno are going to become net-zero for a while, people aren’t going to suddenly start driving electric cars overnight but a train station would help in making sure the area is on its way to being kinder to the environment.”

But there are some more serious concerns when it comes to a lack of public transport.

“There was a local who had an emergency and had to be rushed to hospital via ambulance, but when they were discharged, they had no way to get home, the train was running to Caersws but there were no busses until the next day,” he told Cambrian News. “The lack of access to the area isn’t just affecting tourism, it really does affect locals and something like that isn’t something that anyone wants to have to worry about happening to them.”

Despite this, the profile of the story “peaked around ten years ago” he believes, leading to some locals disheartened by the lack of progress.

“Unfortunately, I think hopes that we will ever get the station opened again have dwindled slightly. The profile of the Carno station story peaked around ten years ago but there’s still definite interest from those from inside and outside the village.”

Local campaigners Carno Station Action Group have been rallying since 2002 for the reopening of the local station. The group was setas a sub-committee of Carno Community Council to campaign for the re-opening of Carno railway station on the Cambrian Line between Shrewsbury and Aberystwyth.

The group believes that the reopening of Carno Station would open up job opportunities as far away as Telford and Aberystwyth, dramatically improve prospects of redevelopment of the now “moribund” Laura Ashley factory site and open up opportunities for green tourism. 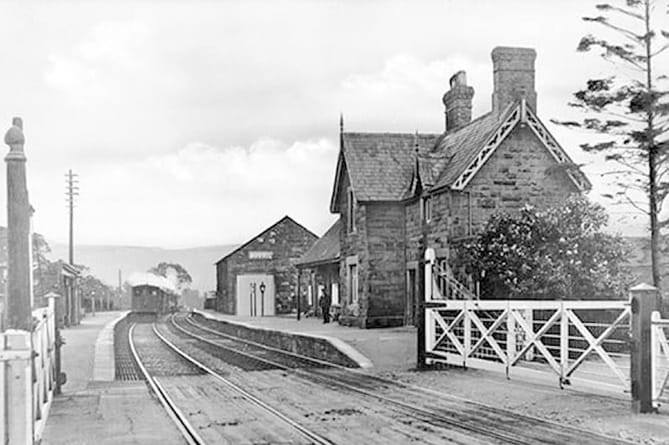 A 2007 petition saw 780 signatures collected, calling upon the Welsh Assembly Government “to re-open Carno Station and end the wasteful practice of stopping trains outside Talerddig with no passenger benefit.” This remains a particular frustration for Carno residents.

While the station remains unused, trains continue to pass through.

The Machynlleth to Caersws line continues to ferry passengers through the village without stopping, leaving residents questioning why Carno railway station continues to be left abandoned, forcing locals to turn to other means of transport.

Carno Station Action Group spokesperson John Ellison said the redevelopment of the station would do wonders for the area.

“The station would help to welcome tourism back to the area, there are a number of small businesses which would greatly benefit from its reintroduction.”

Mr Ellison said that the station would also open up employment possibilities.

“When Laura Ashley closed the factory, lots of people were forced to move for work. The station could have solved this issue and meant that those working further afield could commute with ease.”

He said Carno could echo the success of fellow mid Wales town Welshpool.

“When Welshpool had a station developed it meant more than just transport for people, suddenly Welshpool became of interest to a number of businesses. New houses were developed and it gave potential to the area. That’s something that Carno would really benefit from.”

The group also said there are plans being developed by the community council to develop the old station buildings into a ‘Village Hub’.

These plans include an Ashley Family Foundation-backed Laura Ashley museum, active travel facilities such as bicycle racks and bicycle hire, a coffee shop with Wi-Fi and there are plans to create cycle and walking paths to create an ‘Active Travel Hub’.

Despite such a long battle, potential for developments like these and the benefits a station would bring have ensured locals continue to rally for change in the village. Residents have previously reached out to those in power for aid in getting the station reopened.

Supporters have contacted the Welsh Government in the hope of gaining more support and access to funding. Deputy Minister for Climate Change Lee Waters MS, who is responsible for public transport across Wales, has expressed his support of the railway’s reopening.

Last October, the minister wrote to the UK Secretary of State for Transport asking for funding for the development of the station.

The Secretary of State replied in support of the project and asked the Welsh Government to work with Transport for Wales and Network Rail to resolve some technical issues before submitting a bid to the UK Government for funding.

A Welsh Government spokesperson said: “We support the development of Carno Station and are working with Transport for Wales and Network Rail on a proposal for investment from the UK Government as part of the Union Connectivity review. Sir Peter Hendy’s report identified the Cambrian Railway as a priority for upgrading.”

While actions are being taken, these projects are not ones to solve themselves overnight. Bow Street, a town also along the Cambrian Line, recently gained a station of its own. The newly developed stop was reported to have cost around £8m and has been 11 years in the making.

This has led to some frustrations from Carno residents and the project only confirms comments made in a Welsh Government statement in 2020 echoing concerns that the area has been forgotten.

“New stations in Carno and St Clears would support strong employment and sustainable economic growth through improved regional connectivity. They share extensive support within rural communities with limited public transport opportunities, who have historically been overlooked, particularly since the closure of previous stations in these communities and of Laura Ashley’s famous factory in Carno.”

Mr Ellison told Cambrian News of the frustrations felt by the community with regard to Bow Street’s priority for developments over Carno, saying: “Bow Street being developed was a big blow to the group as we’ve been campaigning for so many years.

“How long we’ve been campaigning for change, with an unfortunate lack of progress has led to some having to leave the group. I think people are disheartened at the advancement being made, it often feels like we take one step forward and two steps back.”

Being considered for funding has been the furthest the group has ever gotten, Mr Ellison said.

“Despite this discouragement, even being considered for funding is a huge step, it’s the furthest we’ve gotten and that’s promising.

“We’ve got the backing of Welsh Government and we’re really heartened by that.”

Following the rejection of funding for the project by the UK Government last year, the group has welcomed a move by the Welsh Government to refine the proposed station layout.

These changes to the proposed design of the station could save around £3.2m from the original projected cost of £7.7m.

It is hoped these changes can encourage Carno Station’s consideration alongside a number of other stations to be assessed for potential funding.

Carno was previously identified as a potential runner in a bid to receive funding for rail development. Due to the proposed expense of the project, the bid was rejected.

The Carno Station Action Group hopes that these costing reassessments will boost its chances of receiving funding and that despite some dwindling hopes, it would be hard to find a resident in the area opposed to the station’s development.

“There is nothing not to support, it’s only going to improve the economy, viability and accessibility of Carno,” Mr Ellison said.

The case for re-opening Carno station