Train line will remain closed for weeks after ‘devastating damage’ 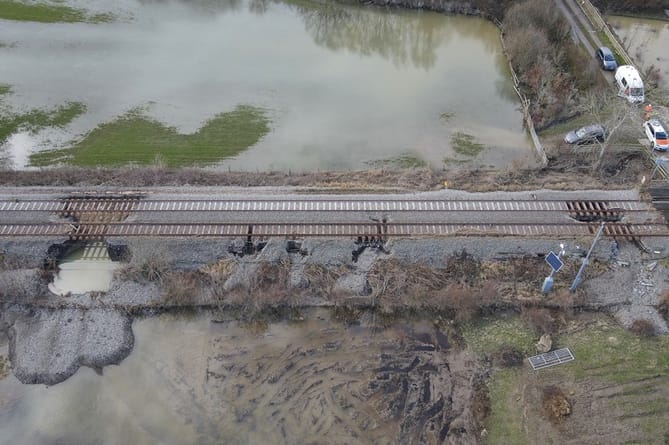 A section of the Cambrian train line is “likely to remain closed for several weeks” after a series of storms caused “biblical” floodwaters .

Network Rail confirmed engineers are working “round the clock” to repair the railway following major flooding, after three devastating storms caused the River Severn to burst its banks. But stated that the Cambrian line between Welshpool and Newtown is likely to remain closed for several weeks.

Travellers from Aberystwyth to Shrewsbury will have to travel by train to Newtown, before continuing their journey to Shrewsbury by bus.

Engineers have been on site near Welshpool since Tuesday, 22 February, using drones and specialist equipment to assess the scale of the damage. In at least twelve locations along half a mile, ballast - the stones supporting the track - has been completely washed away by the force of the floodwater.

Transport for Wales (TfW), who operate all services on the line, will be running replacement road transport between Shrewsbury and Newtown. Rail services to Machynlleth will start at Newtown.

The Wales and Borders rail network was hit by three named storms in five days. Storms Dudley and Eunice led to more than 100 trees falling on the track, with power outages and damage to station buildings and level crossings. 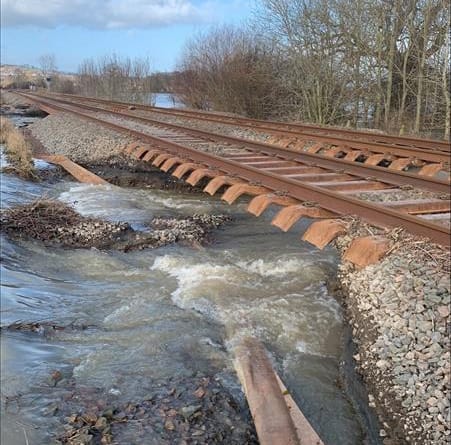 Network Rail engineers are working round the clock to repair the railway, after a series of devastating storms caused major flooding (Network Rail ) (Network Rail)

After a major clean-up operation by Sunday most of the network had reopened, however Storm Franklin then brought extreme rainfall and flooding in mid-Wales and the Borders. This was highlighted by the River Severn being recorded at its highest ever level on Monday.

The full extent of the damage on the Cambrian line will be established over the next few days, as further investigations take place. Network Rail and Transport for Wales will continue to keep passengers and the local community updated on the timescale for repairs and how rail services will be affected.

Commenting on the closure, Network Rail Wales & Borders route director, Bill Kelly said: “I’m very sorry for the disruption to our passengers on the Cambrian Line. Fast flowing flood water of biblical proportions has devastated a section of the railway south of Welshpool, and it’s going to require extensive repairs before we can safely reopen the line.

“The images from site speak for themselves, there are multiple sites where the ballast supporting the track has been completely washed away. With climate change, we’re seeing more and more extreme weather like this so it’s vital we continue our mission to build a more resilient railway for Wales and Borders.”

Jan Chaudhry-Van der Velde, managing director of Transport for Wales, added: “We understand closures are incredibly frustrating for passengers and we will be supporting colleagues in Network Rail to ensure the line reopens as soon as possible. 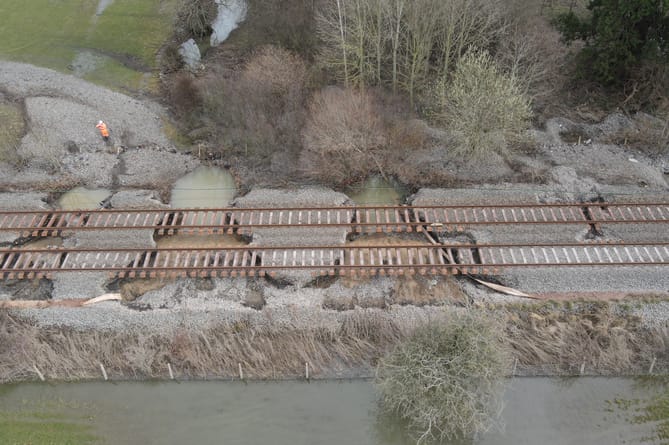 “We’re still dealing with significant flooding in the area, but we are now able to operate replacement road transport to Newtown, where rail services to Machynlleth will now start. Passengers are advised to check the Transport for Wales website, app or social media channels for the latest information before travelling.”