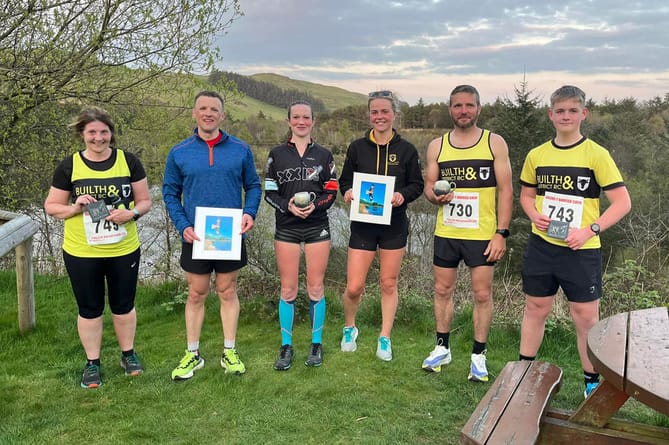 Nant yr Arian provided the stunning backdrop for the first in a new series of midweek evening trail races on Wednesday 20 April.

The new series is organised by the Red Kite Challenge with the aim of providing trail racing opportunities in mid Wales for both junior and senior athletes.

At the series curtain raiser, the primary school race was the first to take place with two age categories racing just under a mile. First overall and taking the yYear 3 and 4 victory was Yasmine Evans of Ysgol Comins Coch. She was closely followed by Moi Schiavone from Ysgol Gymraeg Aberystwyth whom won the Year 5 and 6 category. 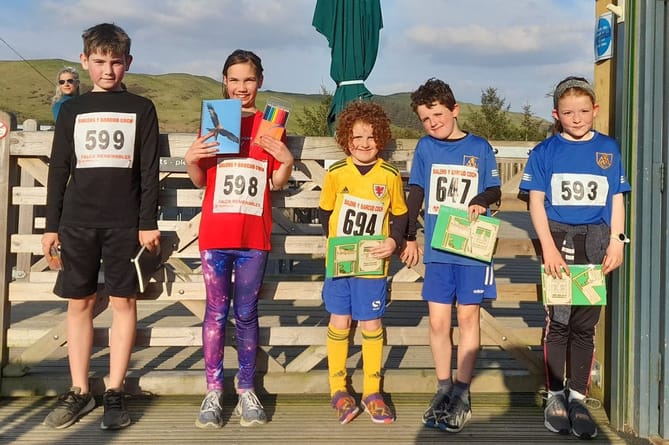 The secondary school race was run over a hilly route of just under 3 miles and was won in impressive style by Maddison Hughes of Maldwyn Harriers in 22:16. She was the first female in the Year 7-9 category, with Llew Schiavone of Aberystwyth AC the first male home in 30:40. The first male in the year 10-13 category was Callum Morris of Builth and District in 30:04 with Elen Morgan of Tîm Dic first female in 31:35.

There was a strong field in the seniors race with great representation from local running clubs Builth and Disctict, Aberyswyth AC, Cerist Triathlon, Aberystwyth Uni Harriers and Sarn Helen.

The race route took the runners over 5 miles and almost 800 feet of elevation making for a tough race. It was a close battle at the front with Robin Woods of Builth and District eventually taking the win in a time of 32:48. He was closely followed by clubmate Phil Morris in 32:55 and Owain Schiavone of Aberystwyth AC and Tîm Dic in 33:05.

Welsh international Donna Morris of Builth and District was a dominant winner in the ladies race finishing in 35:42. Clubmate Kate Jones was second in 40:14 with local GB triathlete Emma Palfrey of Tîm Dic making up the podium with a time of 41:03.

The second race in the series will now take place at the Hafod Estate on Wednesday 4 May with the Primary School races starting at 6pm, and seniors race at 7:15pm. All details can be found on http://redkite-barcudcoch.org.uk 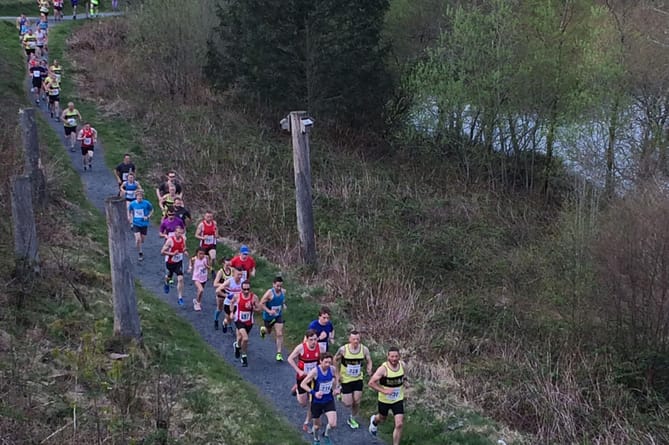 The start of the race at Nant yr Arian (Cambrian News ) (Cambrian News)
As we continue to protect and grow quality local journalism, Cambrian News is considering experimenting in the future with some form of paid-for content on our website.If you’d like to help shape how that may look and secure some free credits if we do go live then please register  here.