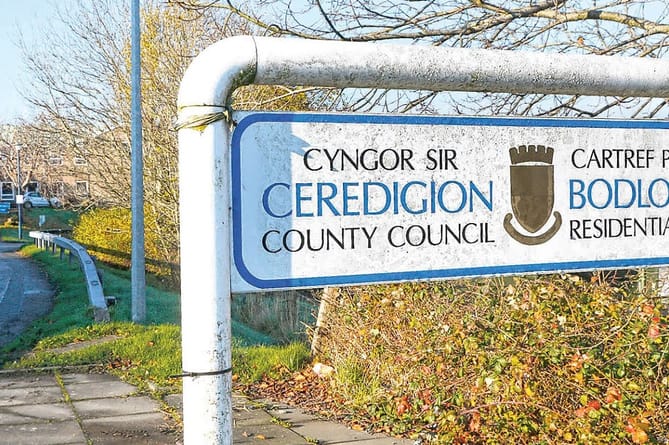 CEREDIGION County Council is working with the Welsh Government on plans to bring refugees fleeing war-torn Ukraine to the county, but using a former care home in Penparcau to house them is “not feasible”, a councillor has been told, as it would cost too much money.

Aberystwyth county councillor Ceredig Davies, in an open letter to outgoing council leader Ellen Gwynn, called for the former Bodlondeb care home - which is currently on the market and open to offers of above £600,000 as Ceredigion council looks to sell up - to be used to give a home to dozens of Ukrainian refugees fleeing the war-torn country.

While that call was rejected over the amount of money it would take to bring the building back into use, Cllr ap Gwynn - who announced her decision to stand down as leader following the elections in May - said that the council is “already working” on plans to welcome Ukrainian refugees to the county, and said that other buildings and facilities in the county could be used for the purpose without costing “a huge sum of money”.

She also said that she is aware of “many local people” who are willing to offer rooms.

Cllr Davies said in his open letter: “Ceredigion County Council in recent years has appealed for Ceredigion people to offer accommodation for refugees from Syria and Afghanistan.

“With the humanitarian situation in Ukrainian getting ever more critical, with potentially three to four million refugees looking for somewhere to live, what are we going to do in Ceredigion?

“Might I suggest that as leader of the council you instruct officers of the authority to prepare to reopen Bodlondeb as a temporary home for refugees.

“There is a strong possibility that the Welsh Government, will in the near future, be encouraging local authorities to accept Ukrainian refugees and will provide funds to support them in their endeavours.

“Would it not be fitting legacy for you as the retiring leader of Ceredigion Council that you set in motion a project that would benefit at least a few of the large number of people who are suffering so much as a result of this catastrophic war.”

Cllr ap Gwynn said that while the council has “opened their hearts to welcome refugees from Syria and Afghanistan during the past few years” and are “already working with Welsh Government to plan to welcome any refugees that are able to come here” from Ukraine, using Bodlondeb to house them “is not feasible.”

“We stand ready to welcome Ukrainians when they are allowed into the UK,” Cllr ap Gwynn said in response to Cllr Davies.

“Our housing officers, together with colleagues across Wales, are already working on plans to house any refugees that are allocated to Ceredigion.

“However, it is not feasible to include Bodlondeb as part of the plan.

“The building has been stripped of its facilities and it would cost a huge sum of money, that we could not afford, and that neither Government would underwrite, to get it back into use.

“There are other buildings and facilities in the county that could be brought into use if necessary.

“I am also aware of many local people who are willing to offer rooms to families who need shelter.

“As I mentioned, I am already working together with my fellow leaders across Wales to prepare to welcome refugees from this iniquitous and unnecessary war.”