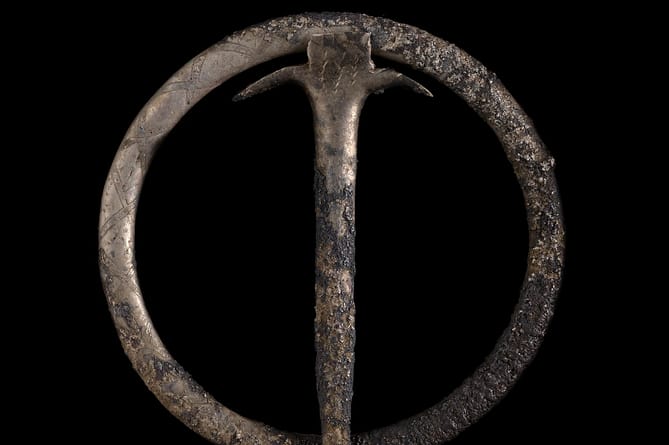 A SILVER brooch discovered by a metal detectorist in the Teifi Valley has been declared treasure.

The thirteenth- or early fourteenth-century silver annular brooch was found by Lee Evans while metal-detecting on land under pasture in Cilgerran Community, Pembrokeshire on Sunday 16 May, 2021.

The frame of the brooch is decorated with herringbone and transverse groove patterns, inlaid with niello - a black enamel-like material providing a colour contrast with the background silver of the brooch.

The brooch was officially declared treasure by Acting Senior Coroner for Pembrokeshire, Paul Bennett, on Friday, along with four other finds.

Dr Mark Redknap, Deputy Head of Archaeology Collections and Research, Amgueddfa Cymru said: “Thanks to the introduction of the Treasure Act 1996 medieval jewellery such as this silver annular brooch from Cilgerran Community are being increasingly reported from Wales.

“The prompt reporting of the Cilgerran brooch by the finder has added fresh evidence for personal identity expressed through this niello-decorated class of fashionable brooch circulating in medieval Wales – a form of cultural evidence reliant on archaeological artefacts and knowing where they are being discovered.”

Scolton Manor Museum, near Haverfordwest, has expressed an interest in acquiring the brooch for its collection, following an independent valuation by the Treasure Valuation Committee.

One of the other finds declared as treasure was a medieval silver finger ring, found by Vaughan Thomas while metal-detecting in a field in St David’s and the Cathedral Close Community, Pembrokeshire, on 5 October 2018. 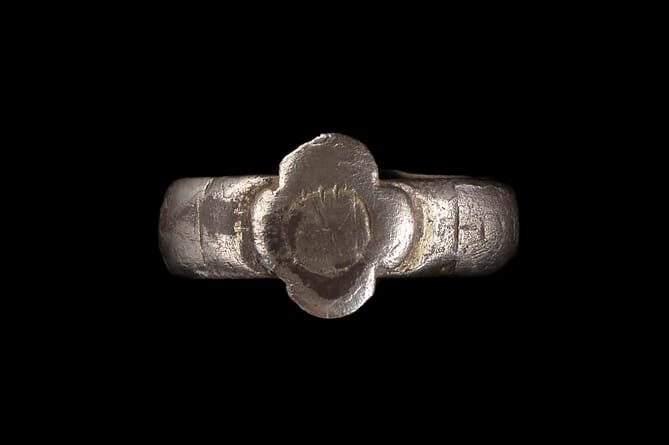 The ring has a broad flattened band and a bezel in the form of a stylised flower with engraved design. The ring is likely to date from the thirteenth- to sixteenth centuries.

Sian Iles, Curator Medieval and Later Archaeology at Amgueddfa Cymru said: “The reporting of medieval jewellery such as this decorated silver finger ring through the Portable Antiquities Scheme and the Treasure Act 1996, contributes greatly to our understanding of different fashions and expressions of personal identity in Medieval Wales.”