National Trust to take over running of the Hafod Estate 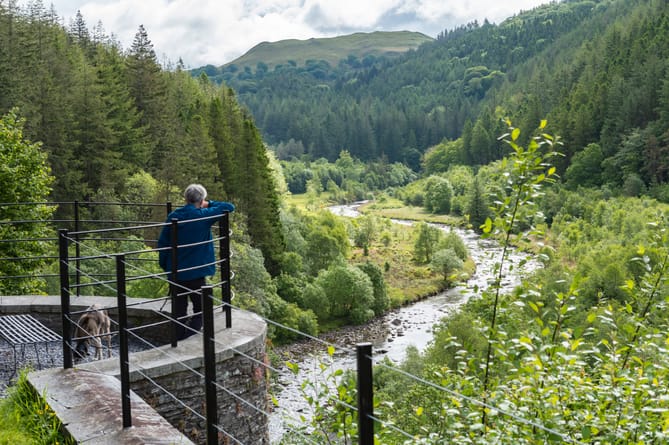 THE National Trust are to take over the running of the historic Hafod Estate.

Two hundred hectares of picturesque landscape at Hafod, in the Cambrian Mountains, have been brought into the care of National Trust Cymru to safeguard the estate’s future and give more people the opportunity to enjoy its nature, beauty and history.

Located in the Ystwyth Valley, near Devil’s Bridge and Ysbyty Ystwyth, Hafod is recognised as one of the finest examples of a picturesque landscape in Europe with its cascading waterfalls, mossy glades, restored gardens, and bridges over rocky gorges.

Now, National Trust Cymru and Natural Resources Wales have come together with support from Welsh Government to secure the estate’s future.

Through a new 99-year management lease agreed with Natural Resources Wales, National Trust Cymru will look after Hafod, including its extensive grounds, gardens and walking trails, and protect it for generations to come. 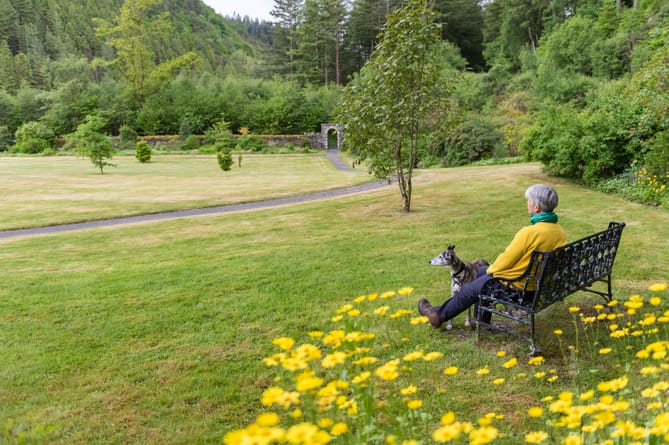 Lhosa Daly, Interim Director of National Trust Cymru said: “Hafod is one of Wales’ historical hidden gems. We are honoured to build on the legacy of the Hafod Trust and Natural Resources Wales’ work and to play our part in preserving and caring for this special place for everyone.

“As a conservation charity, we know that spending time outdoors and connecting with nature is key to people’s happiness and wellbeing.

“We look forward to welcoming visitors to experience Hafod, and thank the Hafod Trust, Welsh Government and Natural Resources Wales for working with us to deliver public benefit in these unique surroundings.”

Clare Pillman, Chief Executive of Natural Resources Wales said: “It has been a privilege to work with the Hafod Trust to restore and celebrate such a beautiful part of Mid Wales and to help preserve the special natural and historical features waiting to be discovered at Hafod. 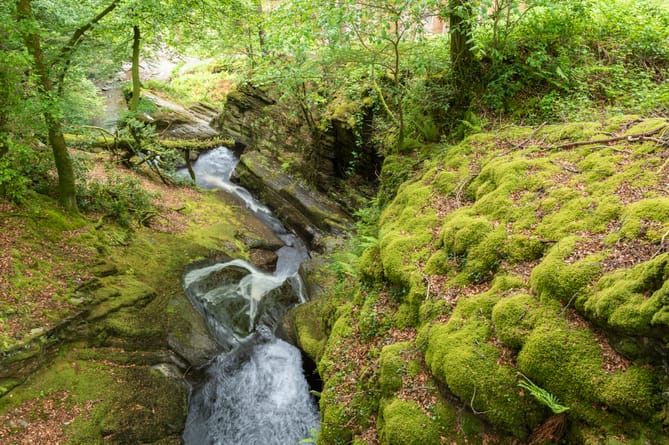 “The lease agreement secures a sustainable future for the estate’s continued restoration, and I have no doubt that Hafod will flourish even further under National Trust Cymru’s stewardship.”

The Hafod landscape was shaped in the late 18th century by its most celebrated owner, Thomas Johnes. Johnes laid out the grounds in line with the picturesque principles popular at the time and created circular walking routes - some of which have been restored so that they can be enjoyed again today – designed to give visitors views of its natural and designed features.

Hafod was a must-see destination for early tourists to Wales, including aristocratic young men who were unable to undertake the customary Grand Tour of Europe owing to the war with France. Some brought an artist with them to record the scenes, while other visitors captured the experience in their own sketches and travel diaries. Travellers and creatives continued to be inspired by their experiences at Hafod throughout the 19th and 20th centuries. 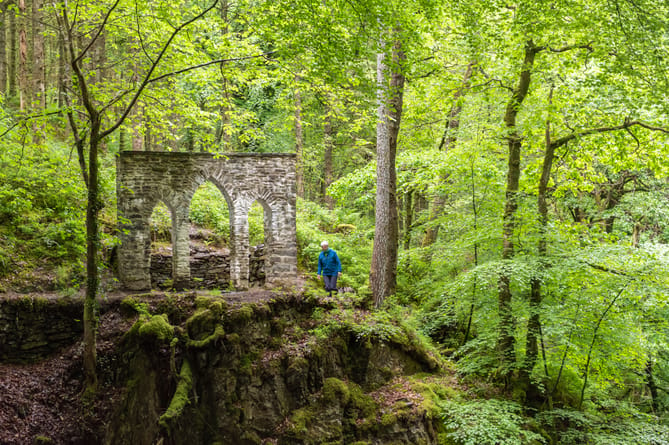 Hafod continues to attract those wanting to experience its heritage and natural beauty today. As well as being dotted with monuments and listed buildings, the area contains a Site of Special Scientific Interest and is rich in biodiversity, being home to an array of plants and wildlife such as otters, pine martens and buzzards.

The estate and its five waymarked walking trails will continue to be free for people to access, offering dramatic vistas of the Welsh countryside and viewpoints of picturesque features, from the rugged Peiran Falls to the restored Gothic Arcade near the edge of the River Ystwyth. Deputy Minister for Arts and Sport, Dawn Bowden, said: “I’m delighted that the National Trust, with our support, can now secure the future of the wonderful Hafod which has such a long history of attracting visitors and has been an inspiration to so many. With its roots in nature, the picturesque Hafod offers an environment for local residents and communities to connect to nature and provides meaningful green space with a rich heritage.”

Richard Broyd OBE, Chairman of the Hafod Trust says: “My fellow trustees and I are delighted that our 30-year commitment to the care and restoration of this landscape is culminating in the involvement of National Trust through this agreement for long-term public benefit”.