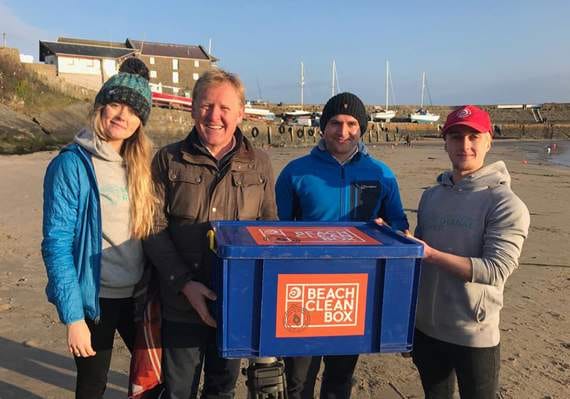 NEW Quay environmental campaigners are celebrating after the seaside resort was awarded Surfers Against Sewage Plastic-Free Community Status on Thursday.

The official announcement was made on BBC Breakfast News in a live broadcast from New Quay beach.

It means New Quay is only the second community in Wales, behind Aberporth, to be recognised as plastic-free.

Aberporth achieved their plastic-free status in an announcement made on BBC’s The One Show last month.

The award recognises communities that have worked hard to remove ‘avoidable single-use plastics’ from as many locations as possible, replacing them with sustainable alternatives.

“This is a fantastic achievement for New Quay and one that the whole community has contributed towards,” said a spokesperson for Plastic-Free New Quay.

“This award is only the beginning. The big challenge will now be getting the message out - possibly by asking the big caravan parks to include a message in their booking confirmation emails and on their websites so that everyone knows about it before arriving in New Quay.”

The Aberporth campaign has been wholeheartedly embraced by the community with activities ranging from locals carrying out litter picks to the village shop stocking milk in glass bottles and selling bamboo toothbrushes.