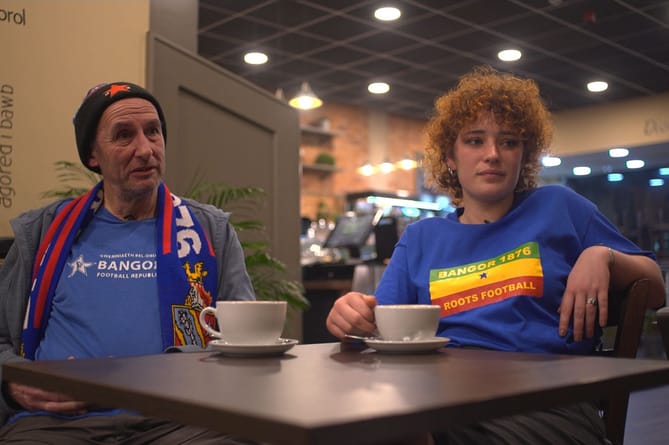 A BBC Wales investigation into the collapse of one of the UK’s oldest football clubs – Bangor City FC – has found that some players brought over from South America and Europe on professional contracts said they were desperate for food, despite the club claiming up to £375,000 in furlough money.

The episode - BBC Wales Investigates: The Hidden World of Football (Tuesday, 24 May, 8pm, BBC One Wales and BBC iPlayer) - delves into the story of a wannabe pop star, Domenico Serafino, who bought two football clubs in Wales and Italy, both of which have since collapsed.

The programme also can reveal that a business associate of Serafino had previous links to the mafia.

In 2019, before the singer-songwriter arrived in Wales, Bangor City’s fortunes had already been hit, both on and off the field.

The historic club had once played Atletico Madrid and Napoli in Europe, and was one of the founding members of Welsh football’s top tier, the Cymru Premier.

Father and daughter Dylan and Frida Fernley were lifelong supporters of the club. They tell in the programme of the passion and pride in supporting their local team.

Dylan, 62, said: “We were proud of Bangor City’s history. It’s deeply embedded in the community here.”

“Bangor City had always been a big part of my life,” says Frida, 19. “It’s one of those things where every game you go to it’s like there’s a great sense of community.”

With the arrival of Domenico Serafino in 2019, came renewed hope. Serafino arrived with a promise to return the club to the top flight of Welsh domestic football. He also pledged a link up through the club’s academy to the Italian giants, Inter Milan.

Mathew Jones, 23, was a fan of his boyhood club and jumped at the chance of working as it’s media officer. He tells the programme: “I was sort of swept up with the excitement of it all. As the weeks and months went by, we’d speak among ourselves and think this is a balloon that’s getting blown up, and blown up, and eventually it’s going to pop.” 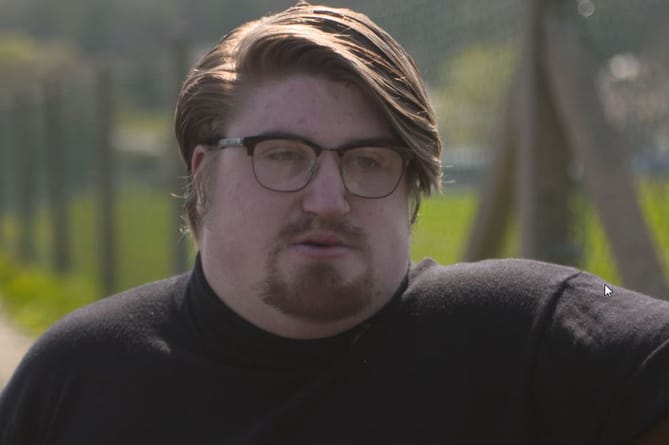 In late 2021, a Football Association of Wales disciplinary panel ordered Bangor City to pay £53,000 of unpaid wages to players and staff.

A number of players and staff have now told BBC Wales Investigates that things got so bad for some of them, at times they went without food.

Mr Jones claims he was one of those who missed out on wages. He said: “It got awful. We were without food, we’d come together, because we lived on the same street. And we’re trying to cook big meals together to try and save money.

“A lot of the players were suffering. It was horrible, horrible position.”

Former Bangor City goalkeeper Mariano Barufaldi, 29, who now plays in Italy, also tells the programme: “We saw that some of us were paid as normal. Others weren’t paid, others were paid months late. It was in some sense very unfair and very unequal.”

BBC Wales Investigates can also reveal that during Covid, Bangor City claimed up to £375,000 in furlough money but it’s alleged that some players and staff didn’t always receive it.

“At the beginning, you’d see four or five players who wouldn’t get paid from the furlough money each month,” says Mr Jones, the club’s former media officer.

“And then eventually it grew and grew until it was the whole squad. Where that furlough money went, I don’t know, but it wasn’t to our pockets.”

The BBC Wales investigation has also found that Domenico Serafino, 55, who owned a second football club on the east coast of Italy called AS Sambenedettese Calcio, used an accountant who once had links to the Mafia.

Ignazio Spinnato was convicted in 2010 over his role in a multi-million-pound drug trafficking and money laundering operation run by Italy’s most powerful and dangerous organised crime group, the ‘Ndrangheta mafia.

BBC Wales Investigates has seen a message in which the convicted accountant is referred to by Serafino as his “business advisor”.

His firm’s address is also linked to Serafino’s company.

The programme has also found that the Football Association of Wales does not have an owners and directors test to check prospective buyers of clubs unlike the FA which does have this test for leagues at equivalent levels in England.

Terry Steans worked as an investigator for FIFA, with responsibility for rooting out corruption and fixing in football around the world.

He says the rules in Wales should be tightened in light of the events of Bangor City FC. 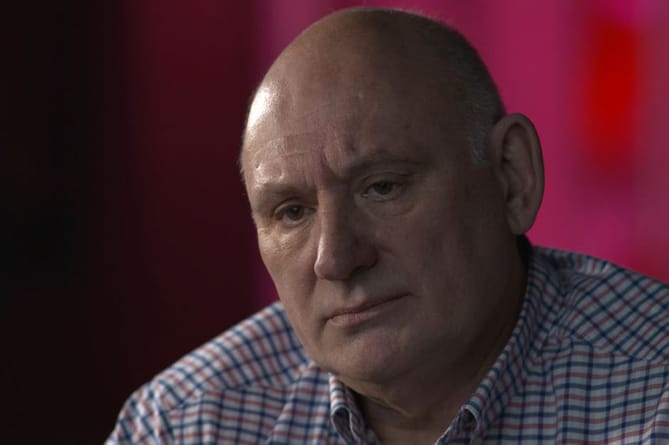 He says: “Who was looking into him and his finances? Who verified he had the funds to buy that club and to maintain it. Somebody has to be accountable for that, don’t they?

The Welsh FA said its Code of Ethics safeguarded the integrity and reputation of football in Wales.

In relation to calls for an owners and directors test in Wales, it said it would examine any lessons from the new independent regulator in football, which is for England only.

Domenico Serafino said he did everything he could to get Bangor back in the Cymru Premier, but the pandemic and unexpected debts he’d inherited stopped that from happening. When asked about claims of missing furlough payments, Serafino said he had passed on all of the money to the players.

He also blamed his co-investor, Kim Dae Jung, for conspiring to undermine Bangor City FC and his club in Italy for his own financial gain.

Kim Dae Jung, who it is claimed invested more than two million Euros in both clubs, said he was unable to comment for legal reasons.

When asked about his links to the Italian accountant previously convicted in a mafia trial, Serafino said he had always used his “artistic activities” to fight corruption and the mafia.

For football fans in Bangor, the last few years have been turbulent. Despite experiencing the ugly side of the beautiful game, they now hope football will survive in the city for another century.

The majority of supporters have now switched allegiances to a newly formed fan-led club, Bangor 1876 FC.

Supporter Frida Fernley adds: “It’s a shame that is what Bangor City has come to, but that history and passion has just carried on [and] moved over to Bangor 1876, so it’s still there - and we’re still a part of it.”

The Hidden World of Football is on at 8.00pm on BBC One Wales, Tuesday 24th May 2022 and afterwards on BBC iPlayer.