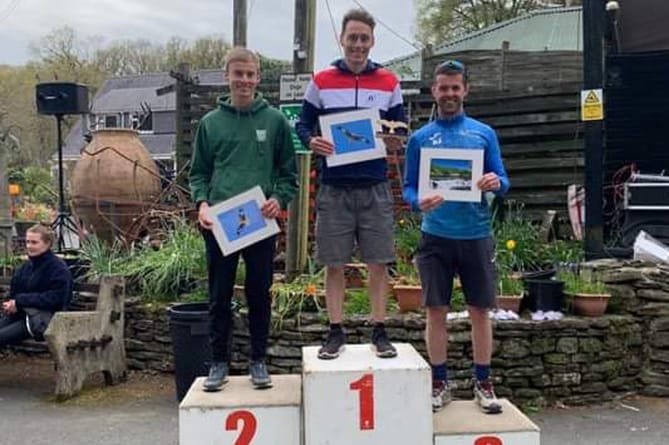 The annual Red Kite Challenge trail races returned to Devil’s Bridge on 30 April, after a two-year break due to the pandemic. This year marked the 19th running of the event and was hailed a great success, attracting a record number of entries with over 300 runners and walkers taking part from all over Wales and beyond.

Junior races were held for competitors from 13 to 20 years of age while senior and masters’ participants had the option of running roughly 10k or half marathon distance.

The courses were hilly and demanding, reflecting the stunning and dramatic landscapes of this part of the Cambrian Mountains. In the longer races in particular, runners and walkers had to negotiate a variety of forest trails, moorland paths and farm tracks with numerous steep gradients, both up and down, making excellent albeit fairly gruelling trail running courses.

The 10k race included 1,500 ft climbing, while the longer half marathon route encompassed over 2,500 ft of climbing with its highest point near the 2,000ft summit of Pen y Garn. 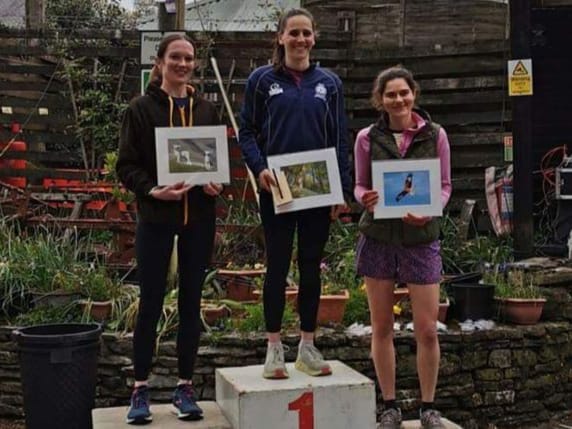 In the junior races Carmarthen Harriers and Maldwyn Harriers were the dominant clubs with a number of podium places in all the categories. Amelia Williams and William Coles of Carmarthen were the winners in the under 13s Girls and Boys categories respectively, with clubmate Iwan Thomas also victorious in the under 15s boys.

Maldwyn Harriers took the spoils in the under 17s races, with Maddie Griffiths winning the girls’ race and Aled Breeze first of the boys. Beca Bown of Menai Track & Field managed to brake the Maldwyn-Carmarthen dominance in the girls under 15s race though, whilst Sioned Cordiner of Wrexham Athletics Club took the under 20s girls title.

The under 20s boys competed in the senior 10k race The winner of the under 20s race, and in fact overall winner of the 10k was 17 year old Ollie George of Pembrokeshire Harriers, who showed great promise for the future, finishing in an excellent time of 50.51.

Second in the 10k was Aberystwyth University Harrier, Joe Robson (51.49), making him also the winner of the Welsh University Trail Championships which were being held for the first time. Third place went to Alun Williams of Meirionnydd Running Club (52.26). 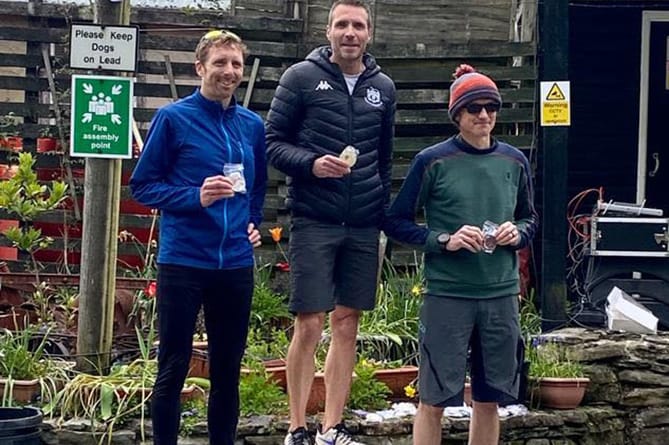 The more challenging half marathon was the show-piece event of the day. With the race incorporating the West Wales Championships as well as the Welsh Long Course Trail Championships, there was a strong field assembled on the start line at Woodlands Caravan Park.

Groups formed early on in the race as the runners climbed out of Devil’s Bridge towards the Arch. Two top quality runners - Peter Taylor-Bray of Chorlton Runners and Ben Mitchell of MDC (Mynyddwyr De Cymru) - soon established a significant lead. They battled hard throughout, with Taylor-Bray just edging the win in 1:25:34 and Mitchell crossing the line just 8 seconds behind him. Pembrokeshire Harrier, Daryl John completed the podium.

First amongst the ladies was Maldwyn Harrier, Ffion Price, in 1:45:01. She was closely followed by Donna Morris of Builth and District Running Club in 1:46:10, with Kitty Robinson finishing third in 1:49:54.

Donna Morris of Builth and District was the first lady in the over 35s category with Aberystwyth based Emma Palfrey of Cardiff AC taking silver and Kelly Bowen of Croft Ambrey Running Club in the bronze position.

Other age category winners amongst the ladies included: Wendy Price of

Race Director Dic Evans wishes to express his sincere gratitude to all of those who contributed to making this event so successful; in particular: the Red Kite Challenge Committee who have worked so hard over recent months to enable the event to happen; the proprietors of Woodlands Caravan Park and Woodlands Cafe; Richard Fellows; the landowners; all marshals and race officials; Welsh Athletics; Raynet; St Johns Ambulance; all sponsors; Janet Baxter; C J Taylor Photos; and of course all the participants - with a special thanks to those who have raised money through sponsorship for the Bronglais Chemo Unit Appeal. With money still coming in, the final sum raised will be announced later.

Deputy Race Director, Tom Roberts said: “The aim of the Red Kite Challenge is to bring top quality races to Mid Wales and we’ve certainly managed to do so this year.

“After a couple of years off, it was great to hold the event again. We’re really excited by the record number of entries, and can’t wait to further grow and develop the races next year. In addition to offering an event people can really enjoy, however, it is also a key objective for us to raise finds for local charities – the Bronglais Chemo Unit will benefit this year.”