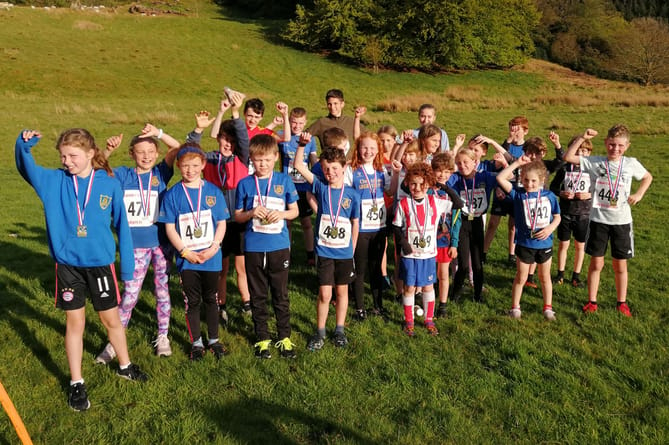 The new Summer Series of trail races held in mid Wales continued at the Hafod estate near Pont-rhyd-y-groes on Wednesday, 4 May

After kicking off at Nant yr Arian a fortnight earlier, the second race of the series was the popular Ras yr Hafod which was first held at the historic estate in 2010.

Following the success at Nant yr Arian, there was a fantastic turnout once more at the Hafod with local clubs Sarn Helen, Aberystwyth AC, Cerist Triathlon, Builth and District and Aberystwyth University Harriers once more well represented.

In the Year 5 and 6 race, Jac Myrddin took the win and was closely followed by Owain Lewis and Ben Hall to complete the boys’ podium. Gwen Tomset was first of the girls with Lili Myrddin a close second and Llinos Rowlands third. 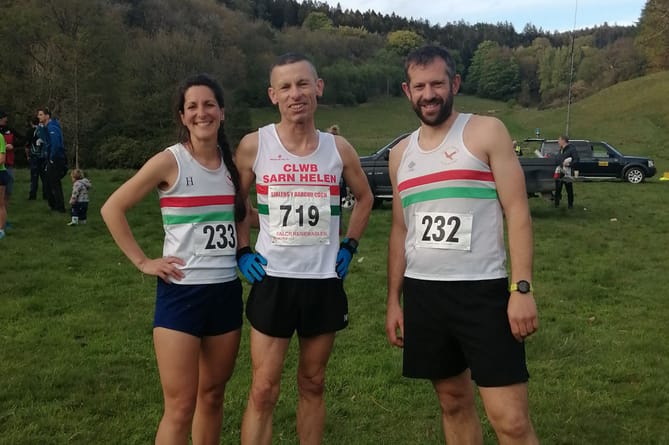 The secondary school race was run over a full lap of the seniors race, and therefore just shy of three miles in distance including the long challenging climb up to the St Michael Church before a fast descent to the finish near the Hafod Estate Office.

First overall was Liam Regan in an impressive time of 19.40. Second was Ollie Lerigo in 22.39, with Ifan Morris completing the boys’ podium in 24.03.

It was a close battle amongst the secondary girls with Leah Regan just taking the win in 25.30, with Bethan Rosser just four seconds back. Enfys Rowlads was third in 26.02. 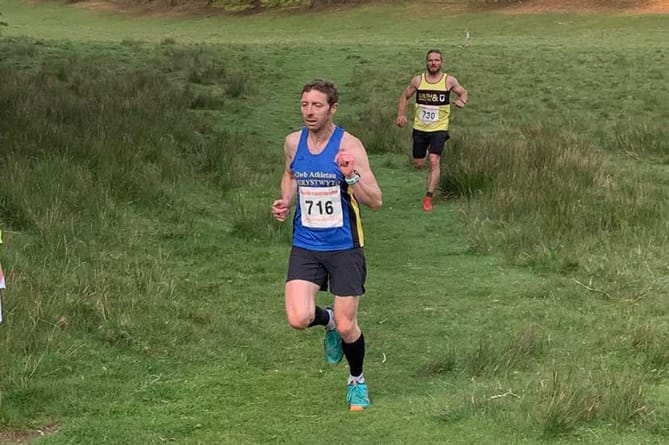 A strong field lined up for the two lap, 5.5 mile, seniors race which included Nant yr Arian winner Robin Woods of Builth and District, and Owain Schiavone of Aberystwyth AC and Tîm Dic whom was third in the opening race. Dylan Lewis of Sarn Helen and both James Cowan and Joe Robson of Aberystwyth University Harriers were also strong contenders.

A group of five soon broke clear at the front with Cowan leading in the early technical stages through the woodlands along the Ystwyth river. However, 2016 winner of the race, Schiavone, made his move half way around the first lap as they approached the tough 400ft climb from Peiran Falls to the church. The group was soon broken up as the Aberystwyth runner and Robin Woods of Builth opened a good gap on the others.

It was nip and tuck between the two leaders for the whole of the second lap with Schiavone pulling clear again on the climb second time round, and just managing to hold off strong descender Woods to take the win in 35.18. Woods finished just three seconds back with Dylan Lewis of Sarn Helen third in 37.04. 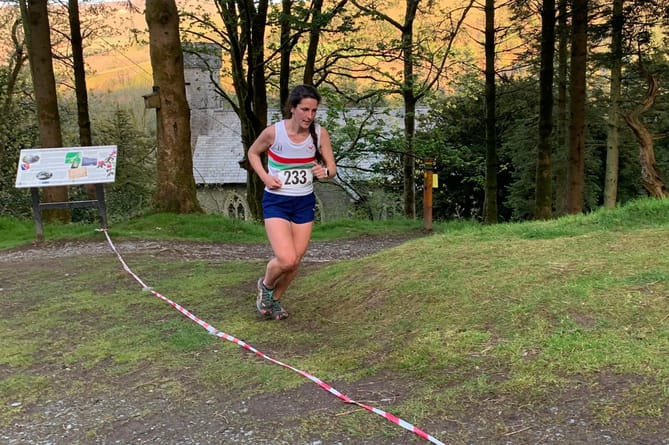 It was a battle between two Sarn Helen runners at the front of the ladies race with both Dee Jolly and Caryl Davies in great form at the moment. It was Jolly whom eventually took the win in 44.22 with Caryl Davies second in 45.45. Lynwen Huxtable of Aberystwyth AC completed the ladies’ podium in a time of 46.18.

The third race of the series is in Builth Wells on 15 June, Details on Red Kite Challenge website soon - www.redkite-barcudcoch.org.uk