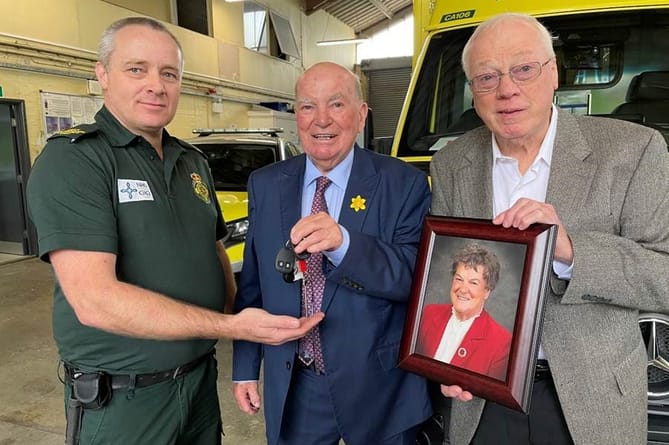 A NEW ambulance purchased with help from a generous £190,000 legacy gift has been unveiled.

The new ambulance, which will be based at Aberystwyth station, was officially revealed to the family of the late Sarah Morfudd Jones, originally of Llanilar, on Friday.

The new ambulance, which will be based at Aberystwyth station, was officially revealed to the family of the late Sarah Morfudd Jones, originally of Llanilar, near Aberystwyth, on Friday

The 15-strong family contingent, members of whom had travelled from as far as Canada, London and Cardiff, were hosted by the Chair of Welsh Ambulance Service, Martin Woodford, and Locality Manager Catrin Convery for the official unveiling and a tour of the brand-new Mercedes Sprinter ambulance. 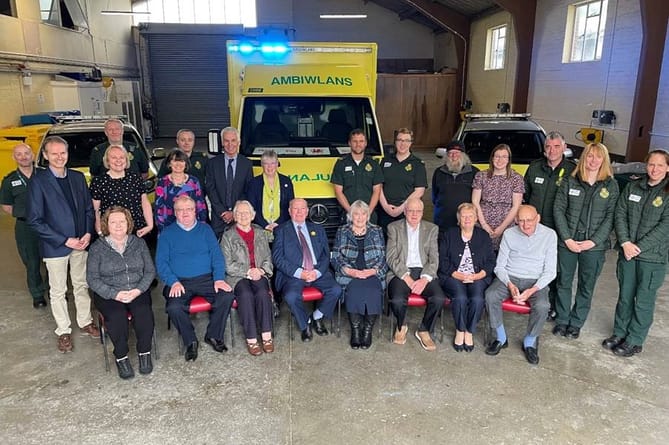 Sarah Morfudd Jones, known as Morfudd, was born in 1927 at Nantydderwen, Llanilar.

After completing her education, she began a career in nursing and midwifery which eventually saw her emigrate to Canada in 1962 where she met her husband William, and bar a short stint back in Wales, remained until her passing in 2018.

It was only upon making the arrangements after her death did the family discover that Morfudd had been saving for many years to leave this kind legacy in her home county.

Meinir Davies, Morfudd’s niece, who has been working closely with the Welsh Ambulance Service to help facilitate the bequest, said: “Aunty Morfudd wasn’t the type to waste any money but it came as a big shock to us that she had saved this large amount. 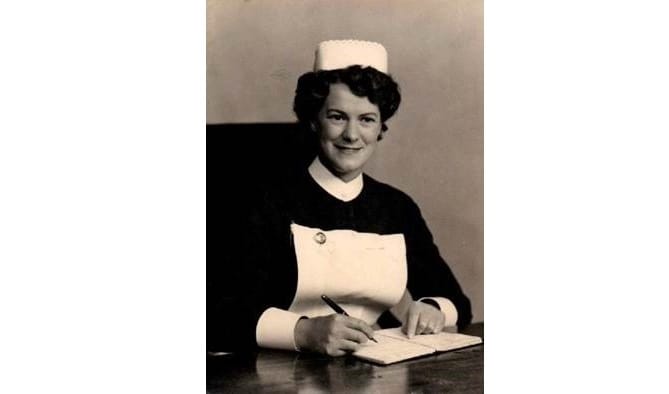 “We are all incredibly proud that she chose to honour her family and nursing roots by gifting this money to the ambulance service.

“It’s been a long hard road and a lot of work to help aunty Morfudd’s bequest be realised, but it is wonderful to be here today and finally see it.

“I was very close to Aunty Morfudd and we regularly spoke on the phone.

“I found it hard when she passed away.” 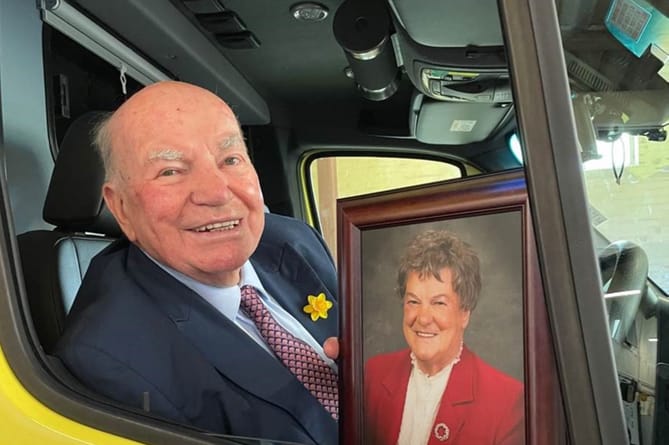 Her final surviving sibling, Hefin Jones, was present and gave a heartening speech on Morfudd’s life and career.

He said: “It is an honour to be here today with the family to see this wonderful vehicle which will benefit the people of Ceredigion.

“Morfudd was a very proud Welsh woman and she always held her home close to her heart.

“She would always return for family weddings and gatherings and we know she will be very proud.”

Thanking the entire family, the Trust’s Chair Martin Woodford said: “It is an honour to be here in person today to greet you all and hear your warm stories of Morfudd’s life. 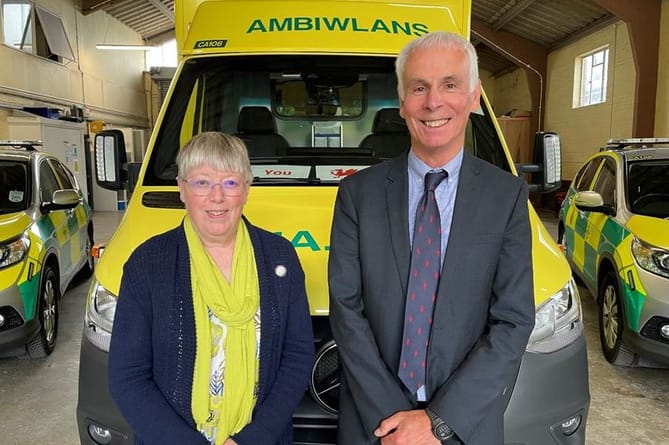 “We know many of you have travelled from far and wide to be here today and we thank you for that.

“We operate partly as a charity and legacy gifts such as this make a real difference.

“This new vehicle will be a fantastic boost to our frontline staff and will assist thousands of patients across its lifespan.

“It is a real testament to the strong, compassionate person and nurse that Morfudd was.

“On behalf of all Welsh Ambulance Service staff, I thank you dearly.”

During the visit, family were shown around the state-of-the-art vehicle by station staff and were able to see and experience first-hand the scale of what their sister and aunty helped to achieve. 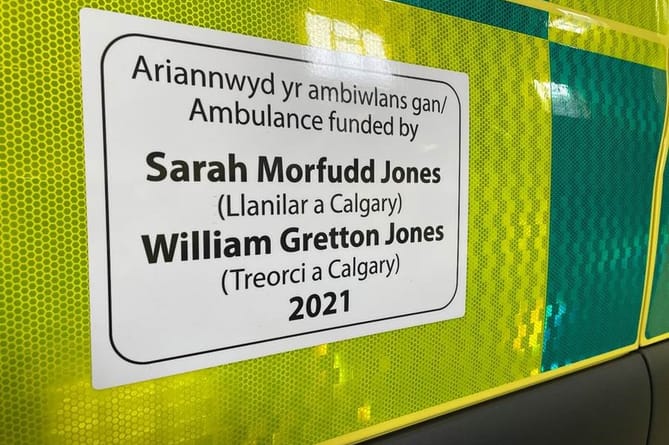 Some members of staff even joked with the family about who would be the first to drive the vehicle ‘on the road’ for a live shift, but Morfudd’s brother Hefin beat them to it and climbed aboard to test the cockpit.

When being built, the ambulance was used as a prototype for the next generation of Welsh ambulances that will be rolled out across coming years, making it that little bit extra special.

It bears a memorial sticker on each door of the cab with the names of Morfudd and her husband William, who was originally from Treorchy South Wales.

The couple met through a Welsh society whilst working in Calgary, Canada and were married in July 1971.

After their retirements, the couple enjoyed playing golf and spending time with their beloved family and their Welsh Corgi dogs.

Ambulance CA106 will be hitting the roads of Ceredigion this week.