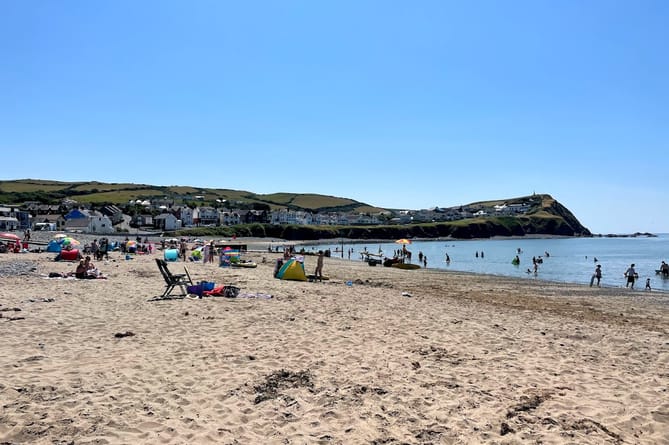 TWO swimmers were rescued by lifeguards on Borth beach over the weekend after being caught by a flash rip current.

At 5.30pm on Saturday, 11 June, RNLI lifeguards at Borth beach were carrying out their daily safety patrols when they spotted the pair in their early 20s who drifted out of the flagged area due to a flash rip current.

Lifeguard James Cowan first spotted the pair and used his specialist training to paddle over the big waves on his rescue board, arriving to the casualties in minutes.

Second lifeguard Jack Rees swam over with a rescue tube as the lifeguards worked together to assist both casualties back to shore.

The casualties once back on shore were taken to the lifeguard unit where they were assessed, provided oxygen and were reassured by both lifeguards.

The swimmers who were rescued mentioned to the lifeguards once back on shore how she had remembered the charity’s Float to Live campaign.

James Cowan, RNLI lifeguard said: ‘If you get into trouble in the water, Float to Live: lean back, using your arms and legs to stay afloat. Control your breathing, then call for help or swim to safety’.

The swimmers were within the flags and did the right thing by visiting an RNLI lifeguarded beach.

Lifeguards have been patrolling Borth beach since the 28 May and will be there until the 4 September.

Lifeguards at Aberystwyth North, Aberystwyth South, New Quay, Tresaith and Aberporth will be back patrolling on Saturday, 18 June and will be there until the 4 September.