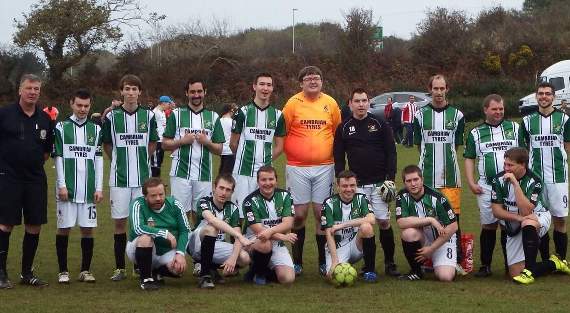 A DISABILITY football club in Aberystwyth that came back from the brink of being forced to fold due to lack of players has excelled in the first competition of the season.

The Cambrian News reported earlier this year how the Aber Stars football team - set up a few months after the 2012 Paralympic Games in London - was down to around six players, with organisers warning it might not be able to continue.

An appeal for players saw the club last weekend take a bus-load of new players to the first tournament of the season in Fishguard.

“After a busy summer looking for new players and trying to promote the team, for the first time in a long time Aber were able to have two full teams,” coach Steven Brookes said.

“After such a worrying few months to then have two full teams and win most of the matches was very unexpected and it was a great day.”

The club is also now looking to recruit youngsters in a bid to field a youth team in future tournaments.

To get involved with the club email [email protected], or visit facebook.com/atfcdisability or twitter.com/aber_stars.

See this week's south editions for the full story, in shops and online now