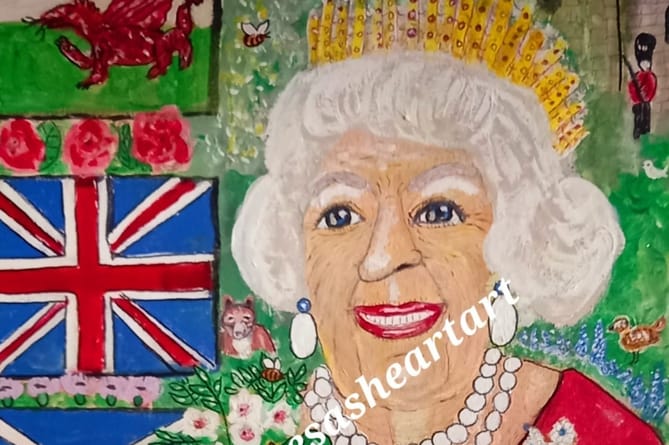 The painting sent to the Queen by artist Teresa Wilkin (Teresaheartart )

AN ABERYSTWYTH mum has received a response from the Queen after sending her a painting for her platinum jubilee.

Penparcau resident Teresa Wilkin has received a letter from the Queen after she sent her a copy of a painting used to raise funds for the local organ donation memorial garden.

Teresa and her husband, along with a group from the community help to maintain the garden which is well respected and used by the local residents. 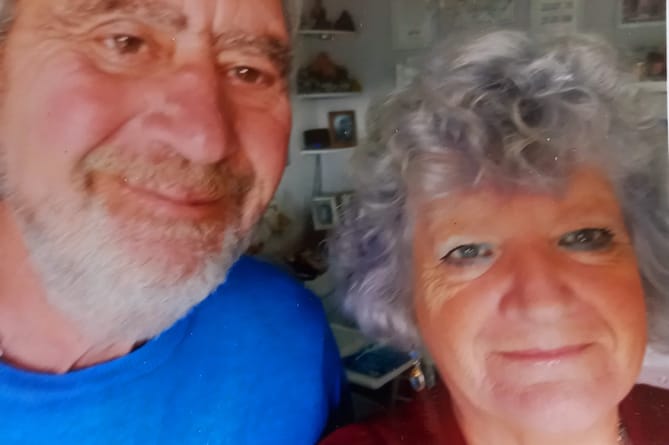 Teresa Wilkin and her partner (Submitted ) (Submitted)
Also in the news

Following the death of her daughter, Claire, Teresa took up painting as a hobby, however, this hobby would eventually go on to support the maintenance of the garden, as she sold copies of her work to help fund the memorial garden’s upkeep.

The big fan of the Queen told the Cambrian News, “I decided to send the Queen a card with a print of one of my paintings on it for her platinum jubilee.

“I think she’s a very impressive woman and I wanted to let her know about some of our work and the jubilee seemed like a good time to do it.”

Teresa said that she could have never expected a response, saying, “It was a really nice surprise to have gotten the letter back.

“I know they send out lots of letters but to get a personalised one mentioning our work was amazing” she added.

Teresa explained that she plans on framing the letter as well as displaying her work at a community meeting within the garden.