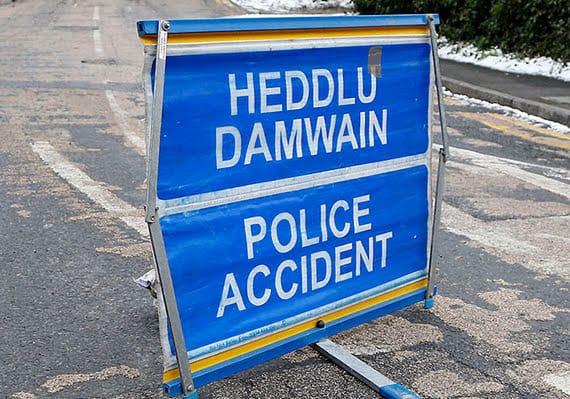 POLICE are appealing for information after a 17-year-old sustained serious injuries in a road traffic collision in Aberdaron.

North Wales Police are also appealing for witnesses to the RTC that occurred on the B4413.

Police were called to the scene shortly after midnight on Saturday, 30 April, following a report of a one vehicle collision.

Both occupants of the car were taken to Ysbyty Gwynedd in Bangor by ambulance.

PC Dan Edwards of the Roads Policing Unit is appealing for witnesses.

“We’re also keen to speak to anybody who was in the area at the time and who may have dash cam footage.”

Anybody with information that could assist with the ongoing investigation is urged to contact officers at HGC Uned Plismona’r Ffyrdd / NWP Roads Policing Unit via the live webchat or by calling 101, quoting reference number 22000294694.