Book on Christianity in Wales launched 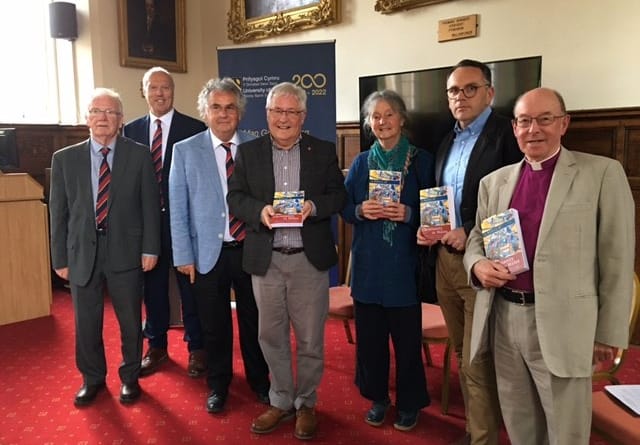 A History of Christianity in Wales was published by the University of Wales Press and written as a consequence of a sense that there was no single composite volume available which described, analysed and introduced Christianity in Wales, from the days of St David to the present.

Drawing on the expertise of four leading historians of the Welsh Christian tradition, this volume is specifically designed for the general reader, and those beginning their exploration of Wales’s Christian past.

For David Ceri Jones, the intention of the book is that “new historians are able to pose new questions about Christianity in Wales, and to inspire a new generation of the historians of Christians in Wales.”

Professor Barry Lewis wrote the first chapters on the earliest days of Christianity including the Age of the Saints, Professor Madeleine Gray on the Middle Ages, David Ceri Jones on the early modern period including the Protest Reformation and the Methodist Revival, and Professor D Densil Morgan on the history of the nineteenth and twentieth centuries.

The launch was held on Lampeter campus under the guidance of the Provost Gwilym Dyfri Jones.

The audience was welcomed by the Vice-Chancellor Medwin Hughes DL.

Professor Morgan said: “It is a great honour to be one of the authors of this volume, and we are glad that we are able to launch it as a part of the bicentenary celebrations of the UWTSD.”