Concern for wildlife at controversial development 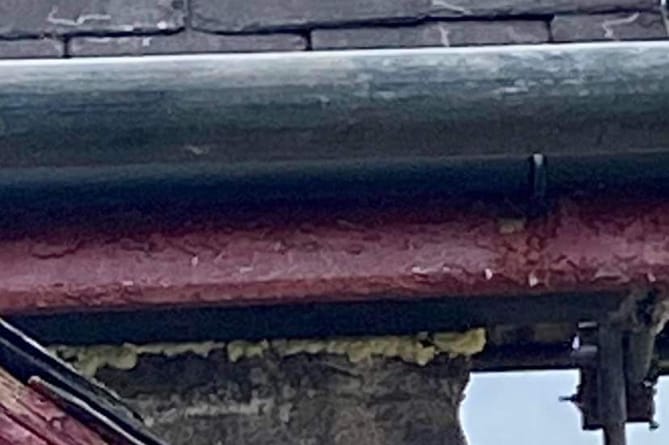 RESIDENTS living near to the controversial Ysgol Wnion site in Dolgellau have spoken of their concern for wildlife, claiming that holes in the building used by bats and nesting birds have been filled in.

They also claim work has stopped at the site because of issues over sewage pipes.

Despite objections, plans to turn the disused school site into accommodation for homeless and vulnerable people were approved earlier this year.

Gwynedd Council welcomed the planning inspectorate’s decision in support of the authority’s appeal, saying it would bring new life to the site, but would also remain in keeping with the location and the area’s historical buildings.

But concerned residents, who did not want to be named, have contacted the Cambrian News to say that birds and bats can no longer get into the building, adding that work has stopped at the site.

Five units to house vulnerable individuals and enable them to live independently, with support, to prepare them to move to their own tenancies, have been approved for the site, along with an office for support staff involved with the scheme.

Councillor Craig ab Iago, cabinet member for housing and property said in January: “I’m extremely pleased we have been granted planning permission to develop this site that will allow us to provide the support needed by local residents. It is a sad fact that the number of people who present themselves as homeless has increased significantly since the beginning of the pandemic, and there is dire need for this type of provision in Meirionnydd.

“Since April 2021, we have received 234 homelessness referrals, and we received 253 the previous year. Currently, there are 33 individuals, couples and families placed in emergency accommodation in Meirionnydd, including 13 who are accommodated in one-bedroom accommodation, such as a bed and breakfast. I do not feel that this is acceptable, and it highlights the need for such a scheme in the area.

“Homelessness can affect any one of us, and for a number of different reasons.

“It matters to me that we provide the same opportunity and the best possible support to the people of Gwynedd to allow them to live independently within their local community.

“Our aim is to ensure people have access to a good quality home, which is affordable and improves their quality of life.”

A petition to stop the plan was launched but the planning inspectorate supported Gwynedd Council’s appeal, following the refusal of the original planning application by the Snowdonia National Park Authority Planning Committee in April 2021.

A Gwynedd Council spokesperson said: “We are pleased that preparatory works have gone ahead well on this important project at the Glan Wnion. When complete, this important development in Dolgellau will play an important part of our plans to provide support to homeless people in the southern part of Gwynedd.”

Commenting on whether or not work has stopped at the site, the spokesperson added: “In terms of drainage we have received comments from Dŵr Cymru and there is no problem with making the connection. Work has been on hold whilst the drainage design was finalised between the drainage engineer dealing with the project on our behalf and Dŵr Cymru. This has now finished and has been issued to Eryri National Park Planning Department so that they can discharge one of the planning pre-conditions; we expect this decision by the end of this month.”

Responding to the image of blocked holes at the site building and residents’ concerns for wildlife, the spokesperson said: “As a council, we take our responsibility for protecting the local biodiversity very seriously. Ecological surveys were carried out by an ecologist on the council’s behalf before applying for planning consent. During these surveys, no nesting birds were discovered/observed but one bat was found. A proposal for accommodating the bat temporarily while construction work was undertaken and included in the report. Also provision is to be included within the new building.

“A copy of the survey was sent to the National Park Planning Service as part of the planning application. As part of the planning permission and in order to safeguard any bats on-site, the ecologist will be on-site when the demolition is being carried out. Our ecologist also attended the site during the site set-up and advised filling-in of the openings within the walls / roof of the existing building as a preventative measure before the nesting season stared. The ecologist was on-site while the filling-in was carried out.”