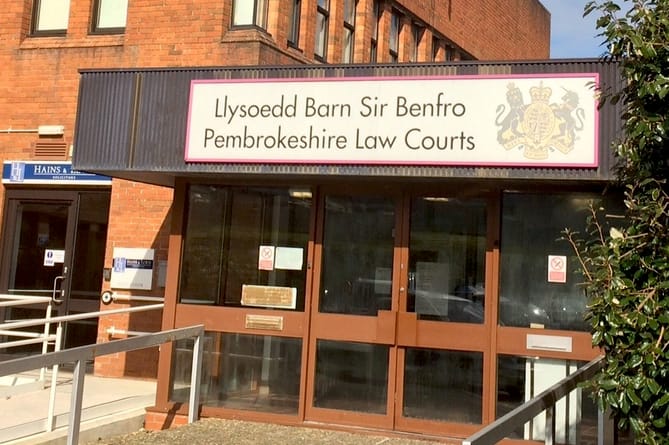 A PENPARCAU woman who assaulted two police officers in Aberystwyth while drunk and subject to a community order for previous offences has escaped jail.

The 25-year-old pleaded guilty to assaulting Pc 1238 Roberts and Pc 183 Barnsley during an incident in Aberystwyth on 4 June.

Davies also admitted failing to comply with a community protection notice by being drunk in a public place on 28 May, also in Aberystwyth.

Magistrates heard that the assaults against the police officers were committed “whilst on a community order” and while “under the influence of alcohol.”

Magistrates sentenced Davies to 12 weeks in jail, suspended for 24 months.

The court heard that the offences “are so serious that only a custodial sentence can be justified”, but that the sentence was suspended because of the prospect of rehabilitation.

Davies was also ordered to undertake a 24 month community order to include alcohol treatment, mental health treatment, and 20 days of rehabilitation activity days.

Davies must also pay compensation of £100 to each of the officers.

She must also pay prosecution costs of £85.