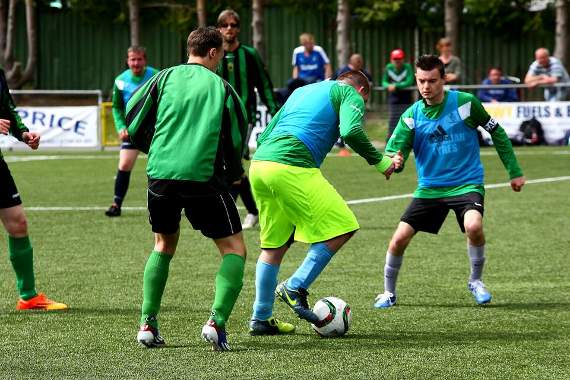 ABERYSTWYTH’S disability football club has said it hopes this summer's Paralympic Games can inspire new members to join to save it from closure.

The coach of Aber Stars, set up a few months after the 2012 Parlaympic Games in London, Steven Brookes said membership has waned and if more left, it would not be able to continue – with often fewer than half a dozen players in training.

The team was set up by Aberystwyth Town Football Club as part of its commitment to become a community club, trains every week and plays in tournaments regularly.

It plays in the West Wales PAN League, which covers an area from Bridgend to Aberystwyth.

“When we started we had quite a large number of players but unfortunately over the years many have left for various reasons,” Mr Brookes told the Cambrian News.

“It may be because of university, jobs or just leaving Aberystwyth, whilst very few have joined.

“It has been quite difficult last year as due to small numbers, which has effected training sessions and at tournaments, both our Championship (Novice) and Champions League (Advanced) team have had to borrow players."

Anybody interested in joining can contact the club at facebook.com/atfcdisability, at twitter.com/aber_stars or via email at [email protected].

See this week’s south editions for the full story, in shops and online now