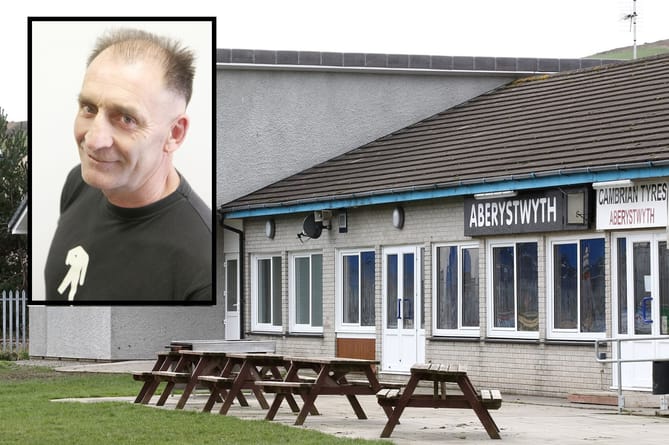 A former mayor and prospective county councillor is demanding an apology and to be reinstated at a local sports club, after being accused of harassment.

Former Aberystwyth Mayor Steve Davies, who is standing for re-election in Penparcau next month, was banned from coaching at Aberystwyth Rugby Club, where he said he had volunteered for over 30 years, as well as from the club itself and attending walking rugby following allegations of harassment.

Mr Davies further claims, a “short period thereafter”, he attended Aberystwyth Police Station for an interview, accompanied by his solicitor. He was sent letter by his solicitors to say “there was no case to answer”, he later requested rugby club officials “send him a letter of apology and reinstate him as coach”.

“Some of the allegations the police interviewed me about, I replied ‘not to my knowledge’. One of the things she said was being referred to ‘as a good pull’ and that I made reference to a part of the human body – I wouldn’t say that to a lady. I’m innocent until proven guilty.”

“At the end of the day, the accusations at the police station is only what the lady said. They had only one side of the story. They listened to everything and decided there was no case to answer.”

Mr Davies, who is standing for county and town council in the 5 May elections, volunteered at the club as the under 10s coach.

Mr Morgan said he received similar treatment as he claims he was dismissed by Mr Lewis, Mr Morgan and secretary Brian Isaac, around four years ago.

He claims he was “never given the opportunity to defend himself in front of the club’s committee”.

“There are three people that are dictating the club, it’s not constitutional. We used to have a committee, but then it became a limited company. Now it has seven directors.”

On the reasons why he was dismissed, Mr Morgan said: “I was sponsorship officer from 2004 to 2017. I raised £600,000 for the club over the 13 years. I noticed three dictators, the secretary, treasurer, and president, were not getting permission to do things.”

He also claimed that the election of the club president during the 2016 AGM was “rigged to stop the previous secretary from becoming president and instead Brian Morgan was falsely elected”.

Mr Morgan added: “Both Steve and myself consider the club to be far more important than any individuals inside the club and we are not trying to discredit the club.”

The board of Aberystwyth Rugby Club replied to say they are “fully aware of the allegations made by both Noel Morgan and Steve Davies and do not wish to make any statement”.