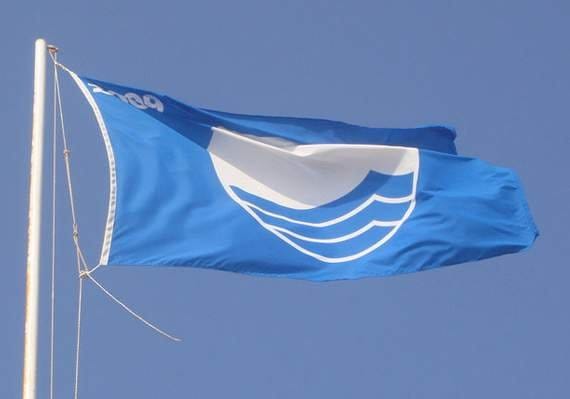 GWYNEDD has an anxious wait to find out if any of its beaches will be given a coveted Blue Flag award after a risk assessment requirement meant it could not be included in today’s awards announcement.

Keep Wales Tidy announced the winners of the Blue Flag awards today and Gwynedd, which previously had six blue flag beaches, is not on the list.

The Gwynedd beaches that received Blue Flags last year were Barmouth, Abersoch, Dinas Dinlle, Morfa Bychan, Pwllheli and Aberdaron, but Keep Wales Tidy said an issue with beaches in north Wales had led to their exclusion from today’s list. A Keep Wales Tidy spokesperson said she was keen to stress that the Blue Flags have not been lost and they are working with the local authority to come to a swift resolution.

She said: “We are delighted to say that all beaches who have applied have met the required environmental standards, however the international jury have an additional requirement regarding risk assessments on which we are working with the Beach Managers concerned.”

The requirement is also believed to be affecting beaches in Anglesey and Conwy.

But there was some good news for Gwynedd, with Criccieth Traeth y Promenade receiving a Seaside Award.

Across the country, 25 Blue Flags are flying at 22 beaches and three marinas. The iconic Blue Flag is a world-renowned eco-label owned by the Foundation for Environmental Education (FEE). For more than three decades, Blue Flag has had a transformational impact on water quality, safety and environmental management, it has also inspired environmental awareness through education activities and promotion of social responsibility.

A total of 23 beaches - including Criccieth - have achieved the Seaside Award for their standard of water quality and facilities. A further 13 have gained the Green Coast Award, recognising the ‘hidden gems’ along our coastline.

Lesley Jones, Keep Wales Tidy chief executive said: “We are lucky to have some of the world’s best beaches and marinas on our doorstep. The success is a testament to everyone who has worked so hard to protect and improve our beaches and keep our coast clean and safe.

“We hope everyone visiting our stunning coastline will enjoy and cherish our beaches responsibly. Please make sure you make memories, not mess and take your litter home with you.”

A list of awards can be found at www.keepwalestidy.cymru.

A Gwynedd Council spokesperson said: “We have submitted applications in accordance with established arrangements which have secured Blue Flag Awards for a number of years. We have also submitted additional information and understand this is being considered by Keep Wales Tidy as is the case for other authorities in the north west of Wales area.”