A NEW documentary will follow Dyfed-Powys’ newest recruits as they begin their training on the streets of Ceredigion.

Rookie Cops, which airs on Monday on BBC One Wales, features new officers in Lampeter and Aberystwyth as they begin their new career journey.

People from all walks of life applied, from scientists to soldiers and electricians to golfers, to start a completely new career in the police force. This brand new series charts the recruits during the final stages of their training. They have twelve weeks on the beat with a tutor, who will decide if they’re good enough to go it alone.

This brand new series gives viewers an insight into the police force in a way rarely seen before, going deeper than arrests and criminal activity with profiles that explore what drives someone to give up an established career for their dream of becoming a police officer. 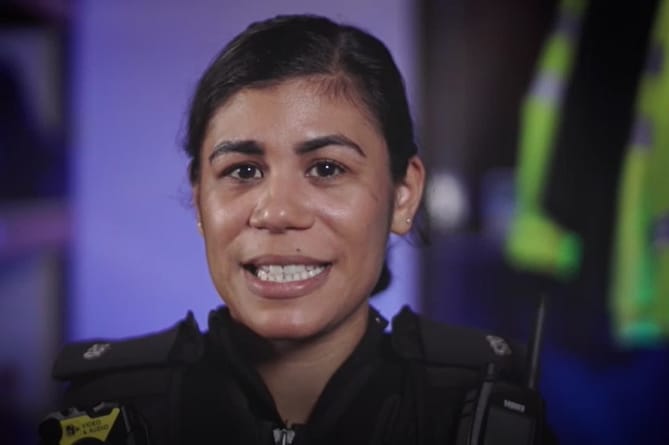 Lisa, one of the Rookie Cops, who is working in Lampeter (BBC Wales ) (BBC Wales)

Covering over 4,000 square miles, Dyfed-Powys Police is the largest police force area in Wales and England.

Rookie Cops features four areas of that patch; Aberystwyth, Lampeter, Milford Haven and Llanelli – the busiest station in the force, with over 20,000 calls each year.

The first episode features new recruit Lisa in Lampeter, who is a former charity trainer from Aberystwyth, as she follows intelligence that a man is carrying an offensive weapon on a busy bus and learns the importance of keeping her bearings when she’s on a major incident.

This brand new 6-part series follows these recruits as they partake in twelve weeks on the beat with a tutor, who will decide if they’re good enough to go it alone.

Rookie Cops airs on BBC One Wales on Monday at 8pm.