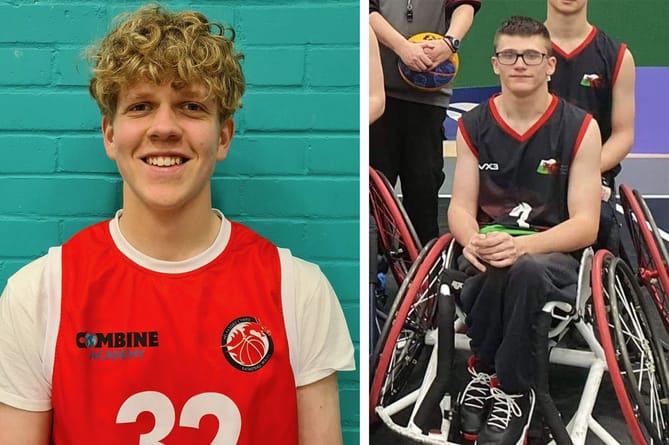 Kai Hamilton Frisby was called up to travel to Scotland as a reserve for the Wales Senior Wheelchair Basketball Team for the Commonwealth Games Qualifiers.

Kai said: “I couldn’t believe it, the day before the qualifiers, two players had tested positive for Covid so I was asked to travel all the way to Scotland.”

Kai didn’t get to play in the qualifiers but received his international classification and got to join in some games with players from the other countries.

It was Dan’s first big tournament representing Wales and whilst Wales were defeated the experience was fantastic.

Head Coach Lee Coulson said: “Despite the barriers of travelling to Cardiff month in month out and lack of local leagues, both players have trained extremely hard to represent their country.

“They deserve their place and I am very proud to have coached them.”

Aberystwyth Basketball is the only Gold Accredited Insport Club in Ceredigion which offers Basketball for all.

The club currently has members aged 3 - 93 and is fully accessible. For more information email [email protected]